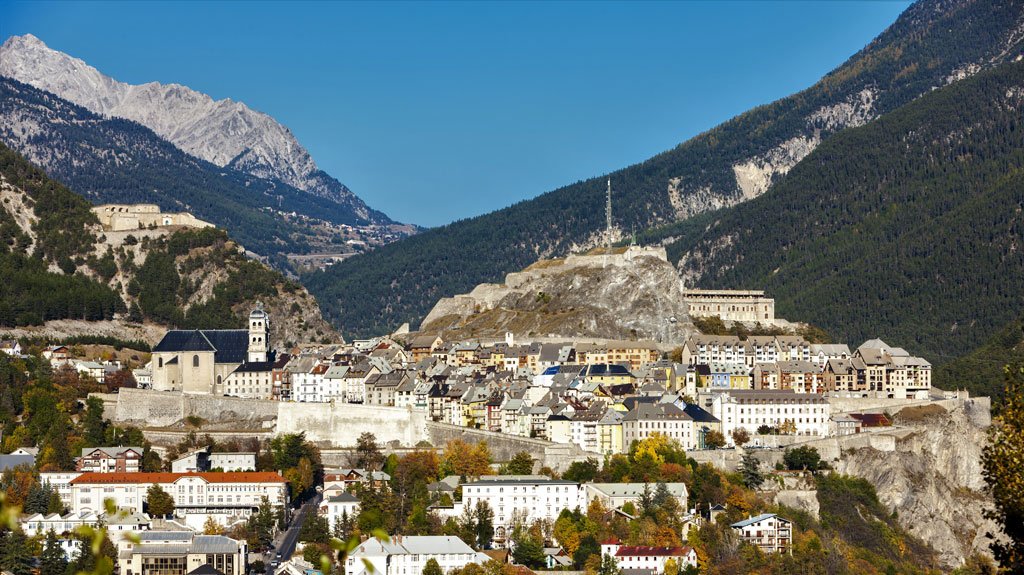 Serre Chevalier is certainly the most important winter sports resort in the French Southern Alps. It is located near the Ecrins National Park, along the valley of the Guisane river.
Several towns are part of Serre Chevalier Valley, including Briancon, Chantemerle, Saint Chaffrey, La Salle Les Alpes and Le Monetier Les Bains.

The ski area, which begins from Briancon to the Col Du Lautaret, offers around 250 km of slopes mostly surrounded by woods. The lowest point is at 1200 m, the highest at 2800 m.
There are also 35 km of cross-country skiing trails, 8 snow parks for snowboarders and lots of slopes and spaces for children.

The whole valley is very rich from an historical point of view: the villages we find along the N94 state road for Grenoble, in fact, have Roman origins. We can visit churches and small medieval villages, as well as the fortified city of Vaudan in Briancon.

In Serre Chevalier you can practice many activities both in winter and in summer: skiing and snowboarding, sledging with dogs, paragliding, skating and much more. There is also an ice circuit for cars and karts.
In summer you can practice trekking, mountain biking, climbing, rafting and canyoning. Les Grands Bains, in Monetier Les Bains, is a large spa, with indoor and outdoor pools of natural hot water.

To reach Serre Chevalier, from Turin airport, take the Frejus A32 motorway to Oulx, then, passing the Col du Montgenevre (1854 m), you arrive in Briancon (120 km, 1 hour and 45 minutes drive). The farthest country is Le Monetier Les Bains; it is 136 km away for about 2 hours drive.

Check the rates for the different locations on our list, and book your private transfer with Turin Ski Transfer: it is certainly the fastest and most comfortable way to reach these wonderful French locations.

On this website we use first or third-party tools that store small files (cookie) on your device. Cookies are normally used to allow the site to run properly (technical cookies), to generate navigation usage reports (statistics cookies) and to suitable advertise our services/products (profiling cookies). We can directly use technical cookies, but you have the right to choose whether or not to enable statistical and profiling cookies. Enabling these cookies, you help us to offer you a better experience.